It’s hard to explain how much this album surprised me when I first heard it (which was only a couple years ago, now). I’d been having a cigar and a whiskey at my favorite bar with a good friend of mine when “The South’s Gonna Do It Again” came on over the soundsystem. It caught my ear right away and I knew I’d never heard it before, so I pulled up my SoundHound app and found out, hey, it’s The Charlie Daniels Band – they’re the guys who did “The Devil Went Down To Georgia.” That sure was a good song (that’s not on this album).

Anyway, I got home and pulled up Amazon and found that the album wasn’t in print as either a CD or a digital download (that oversight has since been remedied and you can order the album here if you’re so inclined), so I moseyed on over to eBay and scored a copy of a couple Charlie Daniels CDs on the cheap (yes, I still buy CDs). I really bought the album for just the one song, so I was floored the first time I played through Fire On The Mountain and heard just how fantastic this record is.

So, to back up a bit, “The South Is Gonna Do It Again,” is what inspired me to buy this album and would again in a heartbeat – every time I hear this song I want to buy the album anew. It’s a stomping, boogie-woogie piano slice of southern-fried country rock that name drops all the best rock’n’roll bands from below the Mason-Dixon line back when this album was released on November 29, 1974. Prolonged piano, guitar, and fiddle breaks make the song feel longer than it is, but it never stops rocking throughout its four-minute run length.

If there was one song to hear, however… the whole album is great and worthy of repeated listens, but if there was one song to hear, it’s “Trudy,” a (possibly) apocryphal story about screwing up in Dallas. Not only is it a fun, rollicking caper of a story, but the song itself drives hard for five minutes and challenges you to resist shouting along when it comes time to “Call up Trudy on the telephone…“

The last two cuts on the record were recorded live at War Memorial Auditorium in Nashville. Both are excellent, but the eleven-and-a-half minute blues-rock of “No Place To Go” is also in the running for best cut on the album. It owes a lot of its performance style to The Allman Brothers (as does a good portion of this LP) but it is a top-notch live jam that still maintains a proper rock-and-roll structure throughout.

I’ll admit that the first time I played this CD, the Texicali vibe of the opening track, “Caballo Diablo” threw me off a bit and made me a little wary of what was to come. I found myself hoping that the record wouldn’t end up sounding like The Three Amigos soundtrack. I need not have worried – this is far more a rock album than it is a country album and the only time the energy lets up even a little bit is on the semi-acoustic “Georgia,” and even then it’s more mid-tempo than it is cowboy balladry. And there’s the casual pacing of the classic “Long Haired Country Boy” which is as close as CDB gets to actual country-western music on this collection (and Dickey Betts guests on dobro on this number!).

Despite being released in November, this is a summer record through-and-through. Upbeat, lighthearted, half-drunk, and stumbling from party to party as the evening wears on. It was recorded more than forty years ago, but still sounds fresh and new today. If you’ve never heard Fire On The Mountain, let go of any preconceived notions about The Charlie Daniels Band and treat yourself to something special.

It seems a large part of my teens and twenties were spent reading record reviews in magazines. Didn’t matter if I already had the album, was thinking about buying the album, or hated the band being reviewed, I wanted to read about them. Billy Joel might have said, “You can’t get the sound from a story in a magazine,” but that didn’t stop me trying.

Now it’s different. You can hear any song you want any time you want at the push of a button and make up your own mind without relying on some reviewer’s recommendation. So my efforts here are admittedly somewhat redundant and my methods outdated.

But you can’t hear everything and the older I get, the more homogenized newer music seems to become (there have actually been studies done that verify that this is, in fact, the case with modern Top 40), and there seem to be fewer and fewer places to get exposure to anything outside the mainstream.

I’ve been an avid record collector since the age of 12 and have amassed a very respectable library of CDs over the past 30 years. In December of 2018 I had the opportunity to purchase a lot of 2500 discs for $250. There was surprisingly little overlap with my existing collection.

“Hello, My Treacherous Friends” is a throwback to old-fashioned record reviews as I wend my way through these 2500 titles, along with the constant influx of discs that I buy new or at secondhand shops, quick synopses and first-take reactions to albums, most of which I’ve never heard before.

Record reviews were always a source of both comfort and discovery for me. I hope I can provide some of that same enjoyment for those who read my blog.

Feedback is always welcome and appreciated.

What are you looking for? 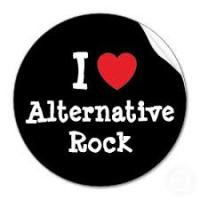 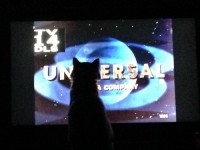 What have I done for you lately:

See ya in the pit.

You can take the girl out of Glasgow. Entertainment Reviews from a Wee Scottish Wife and Stepmum living in Finland.

Where all the cool squirrels hang out!

or Thoughts in Woods on Snowy Evening

The latest news on WordPress.com and the WordPress community.